A 26-year-old woman from Cameroon has had a condom surgically removed from her appendix, after swallowing it while performing oral sex on her boyfriend two weeks earlier.

The unusual case, described in the Journal of Medical Case Reports, has received a great deal of interest around the world.

According to report author Doctor Carlson B. Sama, from the surgery department at Cameroon’s University of Buea, the woman came into the clinic complaining of pain and tenderness in her lower abdomen. 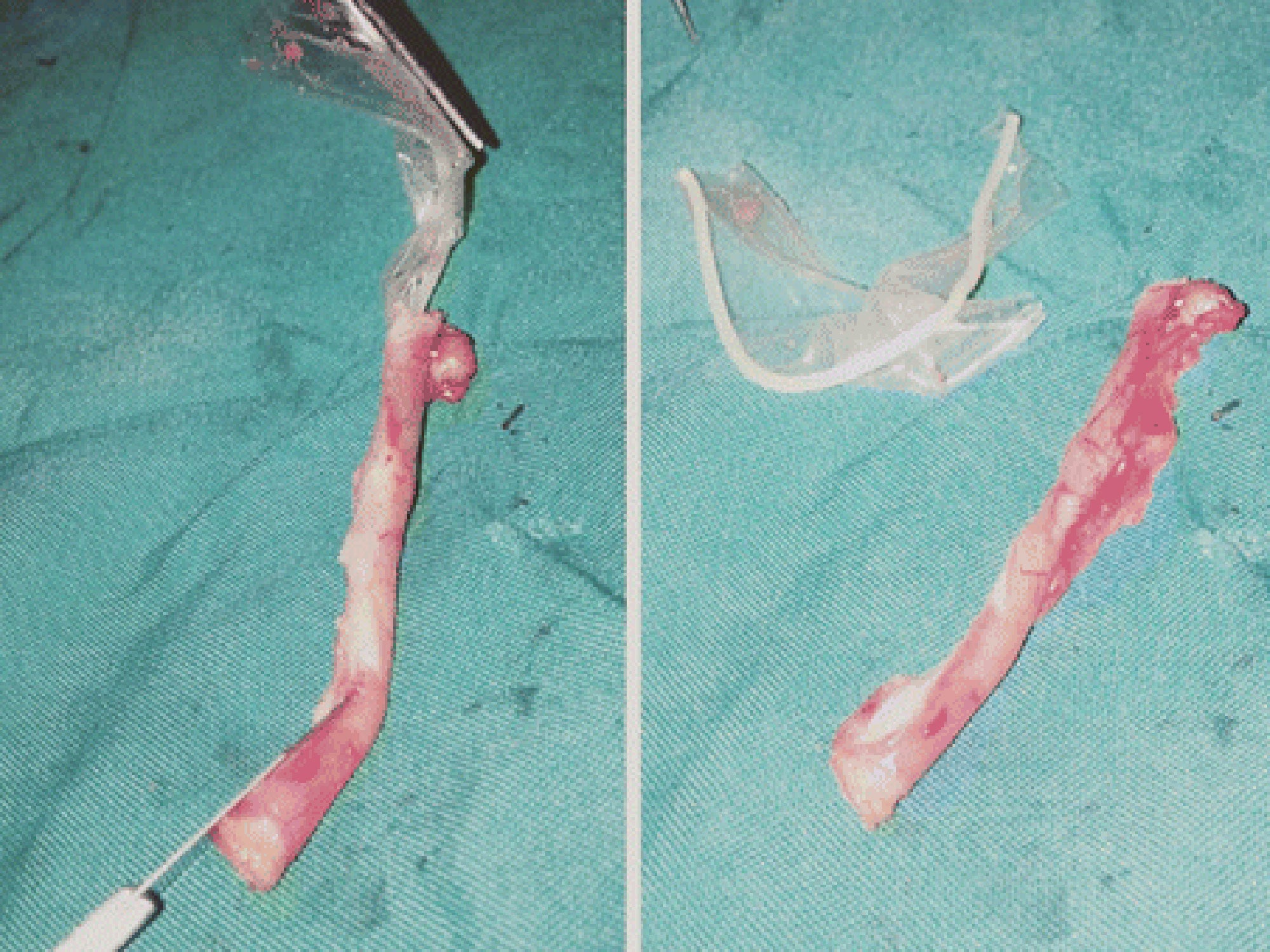 As reported in the journal, the pain had been increasing for a few days and conventional painkillers had had no effect. Suspecting appendicitis, the doctors conducted an ultrasound scan which revealed a swollen appendix and fluid build-up.

An emergency surgery began, and surgeons successfully removed the appendix with no complications.

However, doctors said the organ felt unusual, and after dissecting it to find out more, they were surprised to find pieces of a condom.

Although doctors didn’t believe she had eaten any foreign bodies before the operation, she revealed after the procedure that she remembered accidentally swallowing the condom while performing oral sex on her boyfriend two weeks before.

She didn’t mention this to the doctors, because she said she passed out parts of the condom around five days after swallowing it

The doctors believe the condom was torn into pieces as it passed through her intestines, where small pieces of it became trapped in the appendix at the end of her large intestine.

Apart from the strange find, her surgery was successful, and she was discharged from hospital four days after the operation.

Cameroonian Woman Claims To Have A Daughter For DJ Arafat.

VIDEO: Man Catches Girlfriend Getting SMASHED On LIVESTREAM Then He MURDERS SIDE DUDE

Kamervibe is a global open source medium that utilizes credible sources to keep you informed on the day to day events happening around Africa and Cameroon in particular. We strive to create a virtual playground focusing on keeping you informed on untold stories, social issues, entertainment, business, relationships and education. Created in 2014, Kamervibe won an award for the best diaspora entertainment promoter at the CAMEEA (Cameroon Eleganza Entertainment Awards) In 2015.
Contact us: [email protected] | [email protected]
© 2021 Kamervibe | Web Dev - Eddy Hertz